Gavels at the ready! The FGZ Model United Nations club is restarting.

The history of the Model United Nations at the FGZ began in 2019, when a group of students from the upper classes of the bilingual stream founded an MUN club and, within two semesters, sent a team to the Paris International MUN conference at the prestigious location of the Sorbonne and returned with a “Best Delegate Award”. Following a lull caused by Corona, the society is now restarting, with a large number of enthusiastic participants hoping to attend international conferences and to build on the success of the old MUN club.

MUN debates help students to develop a wide range of important transferrable skills such as public speaking, persuasive rhetoric, research, drafting of official documents, and networking, as well as enabling them to expand their general and foreign political knowledge. Debates are conducted in English, and the MUN club is open to any students from the 3rd year onwards who feel that their English skills are up to the challenge.

If this sounds good, and you are interested in joining, please mail: mun@clutterfgz.ch 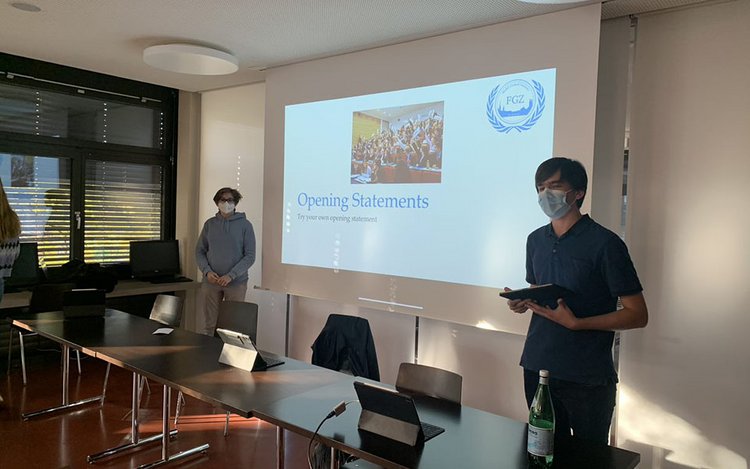