As a forum where students can hone skills such as public speaking, negotiation and diplomacy, the Model United Nations club has established itself as a popular extracurricular activity at the FGZ. But debating global topics and security issues is even more important given the current political climate. So it was with a heavy sense of responsibility and urgency that ten “distinguished delegates” from the FGZ joined almost 150 university and high school students at the University of Zurich to attend the Zurich MUN (ZuMUN) conference in late April. Together with students from, among other countries, Spain, Germany, and even Brazil, the delegates worked together to find constructive solutions to problems such as Russia’s annexation of areas of Ukraine, the acceptance and integration of climate refugees, and the “gender data gap” of women’s underrepresentation in various fields.

“Young people have a voice in world issues”

After several months learning and experimenting with the “Rules of Procedure” that govern MUN sessions, the delegates were excited to put their new skills to the test. The conference began with a ceremony at Zurich City Hall, in which all the participants were welcomed and oriented about the next few days. Standing among the coats of arms of the Canton and the portraits of prominent Zurichers, the conference organisers spoke about the successes and failures of diplomacy, including the current destruction and loss of life resulting from Russia’s invasion of Ukraine. Then Raji Osman, a Youth Delegate appointed by the Federal Department of Foreign Affairs to the United Nations, described his work presenting youth perspectives on a variety of important issues to the actual UN in Geneva. His motivating address was the perfect start to three days of debate and oration.

The delegates subsequently donned their “Western business attire” (as per dress code) and joined their respective committees. They then spent the following days representing the interests of their countries, finding compromises in “caucuses” and composing carefully worded joint “resolutions”. Whilst two of the committees dealt with the controversial, socially relevant issues of gender inequality and the refugee crisis, a third was given the historical setting of Russia’s annexation of Crimea in 2014 and challenged to “rewrite history”. Not all topics were so weighty: other committees at the conference devoted themselves to issues such as bat conservation and finding pacifist solutions to the Norman Conquest of England in 1066. Various rooms at Zurich University were filled with students busily outlining their country’s position, seeking and finding allies, and formulating common positions. The discussions were often controversial, sometimes hilarious, but ultimately always productive.

Always a crucial part of MUN conferences, the “Socials” were carefully planned complements to the days of debate. Many of the delegates attended a “Games Night” including a quiz and a “dance-off”, in which they placed second. Then the delegates changed from their work clothes into evening wear to attend the lavish “Gala Night” at the sumptuous Belvoirpark. Committee members and new friends exchanged experiences, impressions and in-jokes; students complimented each other on their performances; and very, very, very occasionally, some participants may have passed mild criticism on the chairs who moderate and structure the debates. Friendships blossomed and invitations to other conferences were extended.

As many of the delegates commented at the end of the conference, the MUN is an extraordinary experience with an enormous learning effect. Participants have the opportunity not only to learn new skills and meet new people, they can also immerse themselves in a world very similar to academic or professional conferences. As Co-Secretary General of the ZuMUN, Manuel Kissóczy, commented, attracting high school students was one of the goals of the conference: “We aim to bring the joy that is MUN to both high schoolers and university students. […] our great hope is that high school students will enjoy MUN so much that they will grace us with their presence again when they enter university”. With plans to attend another conference in autumn already underway, the FGZ MUN club certainly seems to be fulfilling his wish. 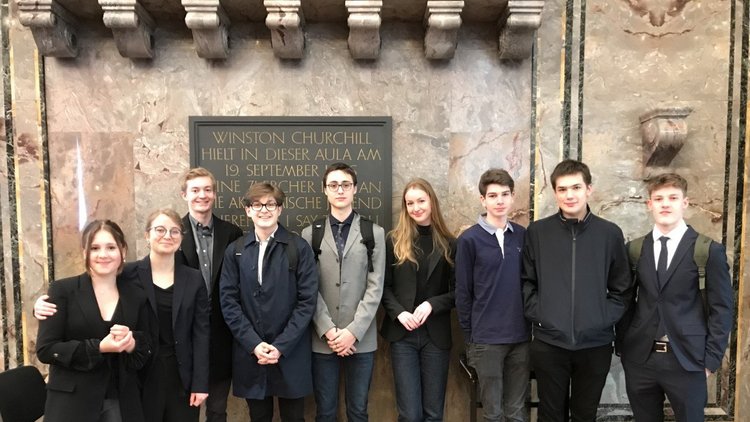 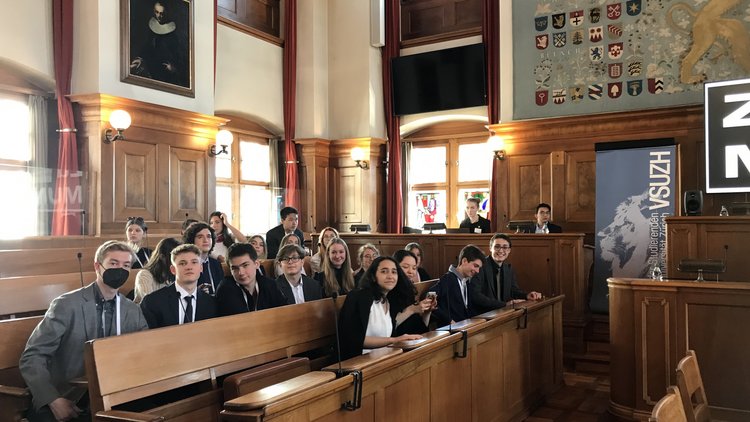 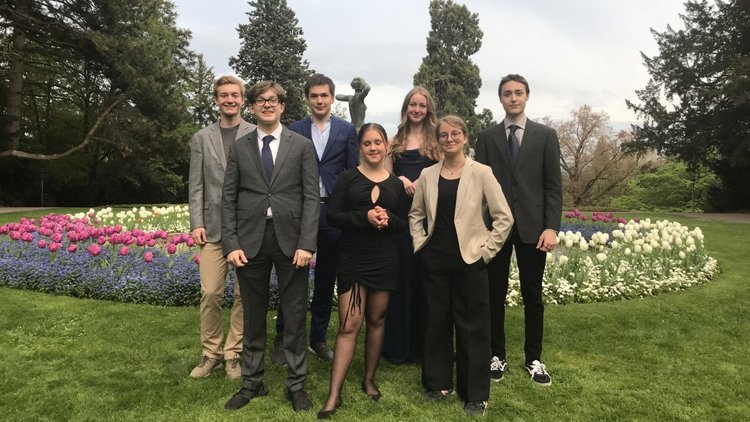 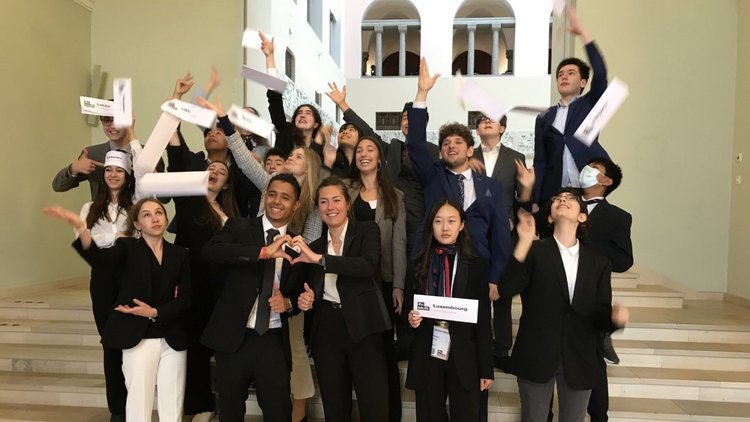